Emotional intelligence is a wrongly explained, misunderstood concept which is sold as a cure for almost every problem. In reality, EQ is the ability to recognize and act on the signals and feelings of ourselves and others.

It is often essential to our success that we have a positive effect on ourselves by reading the conscious or unconscious signals of others and responding to them effectively.

What does “favorable to us” mean?

To decide this, we need to observe ourselves, clarify our values, and act by them.

You’ve probably met a genius sitting in the corner, whose professionalism is unquestionable, but for some reason, he can’t cross his own shadow. He criticizes others, is unable to work effectively in a team, and is utterly unfit to lead. Even though he is intelligent, he cannot move forward.

What is a person with high emotional intelligence look like?

In places crowded with tourists, you can meet the guy, who has perfected several money-making techniques. He is selling swim belts in front of the closed store on Sunday, or he earns money by helping tourists get to their destinations for some bucks. He can’t spell his name, yet he gets the problems of others and forges an opportunity out of them.

Emotional intelligence became popular among researchers and the general public in the 1980s and 1990s. The EQ is comparable to the well-known IQ, however, it cannot be described by a single number due to the incomparability of the methods used to measure it.

EQ can explain why intelligent people do inexplicable things and also points to the benefits of their less intelligent but ingenious counterparts.

Much of the writing on emotional intelligence set EQ as the center of the world and treats IQ as something of a 20th-century fossil. The importance of professional skills and intelligence should not be underestimated.

Which is more important?

Both, but while the IQ is difficult to change, emotional intelligence is easier to shape.

But why deal with emotional intelligence?

The promise of emotional intelligence fallacies

If you accept the tips listed in the article, then

Instead of snake-oil-salesman promises, let’s look at why the benefits associated with emotional intelligence should be discussed.

First, there is no scientifically proven, repeatable, and recognized method for measuring emotional intelligence. Different research measures the EQ of the studied subjects according to different methods.

Emotional intelligence may not bring more money to the kitchen.

According to some research, it may do, but EQ has become popular as a management method rather than as an objective measure supported by psychological research.

Why is Emotional Intelligence Important?

By strengthening EQ, you will be able to connect more easily to your feelings and the newly gained experience will be reflected in self-identical decisions.

People with advanced emotional intelligence can easily communicate with others, are empathetic, and are good team players.

Don’t just look for a return in emotional intelligence, because then you don’t understand the essence of the concept. With EQ, we get a formula in our hands that not only promises to improve our self-awareness but can use the experience to make better decisions and improve our relationships.

Not only will we know if we are idiots, but a plan to correct our mistakes will be in our pockets also.

The Model of Emotional Intelligence

The most successful book by psychologist and science journalist Daniel Goleman is Emotional Intelligence, published in 1995. The volume, which is also available in Hungarian, was translated into more than 40 languages, which led to the best-seller list of the New York Times for a year and a half after its publication.

The original model of emotional intelligence was created by Peter Salovey and John Mayer, which Goleman modified and constructed his interpretation.

According to the model of emotional intelligence, moving on the scale of ourselves and our social relationships, as well as recognition and regulation, we can distinguish four major areas.

(Although Goleman brought motivation into the picture as a fifth variable, but based on other models and also my opinion it's not necessary to add motivation to interpret EQ.)

By self-awareness, we mean your qualities, inner values, intuitions, taste, and knowledge of all of these in interpreting the model of emotional intelligence.

Particularly important for EQ is a self-image, a proper self-esteem that reflects reality. Know your strengths and weaknesses, be aware of your limitations.

Recognizing your own emotions and their effects is a particularly difficult task. In the interpretation of public opinion, emotional intelligence can be summed up in emotional awareness and it is not so far from reality.

Healthy belief in yourself and your abilities is also part of self-knowledge.

While self-awareness means only recognizing your qualities and feelings, self-regulation already includes reactions caused by external influences, controlling emotions, and disciplining yourself.

Controlling your emotions and instincts.

Not only do you know your values, but they can also be discovered in your actions!

How do you react to change? Are you able to respond effectively to sudden effects while remaining self-aware?

Emotional intelligence is just as much about getting to know others as it is about self-awareness. By social awareness we mean recognizing the needs, feelings, and concerns of others.

Understanding the point of view and perspective of others, active and sincere interest in their problem.

Effective reading of others emotional state and power relations of a group.

Social awareness does not end with attention to our narrow environment, it is just as much a part of recognizing the needs of customers and buyers.

Are you able to develop, mobilize, or influence others for a purpose? Relationship management is a quarter of emotional intelligence models for influencing others. Action that affects or is based on emotions can be just as beneficial as it can be severely harmful.

Influencing because of self-interest is nothing more than manipulation. A person with high emotional intelligence can be cheekily self-interested, which is why many people see EQ as a tool to help them climb the career ladder.

But what do we mean by managing relationships ideally?

Are you able to notice the developmental needs of others and help them improve their skills?

Motivating groups and individuals to inspire to achieve a specific goal.

Can you use influencing practices to persuade others?

I am interested in different models of self-awareness because we simplify our incomprehensibly complex personality and relationships (in our case) into a table divided into four squares.

And what we can grasp, we can develop more effectively.

I admit, there haven’t been too many tips so far, just descriptions and a drop of judgment. Let's turn to the development of emotional intelligence! I would like to help improve each window of the model with a specific tip.

I am neither a psychology professor nor some self-appointed guru. I also have weaknesses that I am working on, experimenting with, and writing about the perceived or real outcomes. This is also a kind of writing. I hope you benefit from it!

1. Know what you are doing

It is necessary to recognize your emotions and spy on your thoughts to make clear to you the reactions caused by external influences from you.

Most of the time we we function in an autopilot mode. Stress and the increasing pressure only make the situation worse, because we focus even more on the tasks ahead of us and we forget about ourselves.

Do you want to be aware of what you are doing?

2. Fill your emotions with values

You can work with world-class staff, with an amazing boss in a comfortable environment if your job is to exploit people or the planet.

How emotionally intelligent is it to motivate without values?

Be aware of your values ​​and try to work on problems that are in line with them!

3. Control your emotions along your goals

There is no good or bad emotions. Things happen and affect us. The question is how do you react to external influences. If you can think with a cold head and can stay in the present under pressure, then you can change your negative thoughts.

There are several ways which can help control your emotions. Perhaps the best school for this is mindfulness, which teaches specifically to observe thoughts, emotions, and external influences, the nuances of the feelings they evoke.

It is worth experimenting with mindfulness meditation, which I am practising also.

4. Listen to others, get to know yourself

Every healthy relationship — whether we are relatives, friends, partners, or co-workers — begins with recognizing and respecting each other’s emotional needs. You can achieve this by listening to others carefully, by honestly sharing your feelings and opinions.

The Johari window can help you find the golden mean needed for healthy relationships.

Paying attention to others does not diminish your self-awareness. In fact, by listening to others, you gain new experiences, develop your emotional intelligence, and also test your values ​​and principles.

For example, if someone is blindly talking about melting ice caps out of anger at penguins and you are sensitive to it, you may have already learned a few new things about yourself:

5. You shouldn't take yourself so seriously

Humor and laughter are a natural antidote to stress. A good joke will reduce the burden on you, reassure you, balance you and make you more understanding and empathetic.

How many times have you ever had a bloody serious conflict resolved by a good joke? Not once with me, but you can still make it.

Emotional intelligence is a double-edged sword. You can help others succeed as better people or manipulate to enforce your will. EQ isn’t more important than raw intelligence, but it’s easier to develop, so it’s worth addressing. 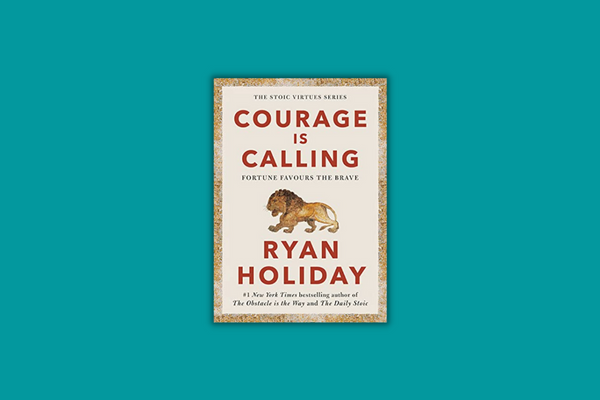 Courage is Calling is the first book of Ryan Holidays' new series on virtues. The book contains stories on how to combat fear, why we should take initiative, and the cost of playing small. 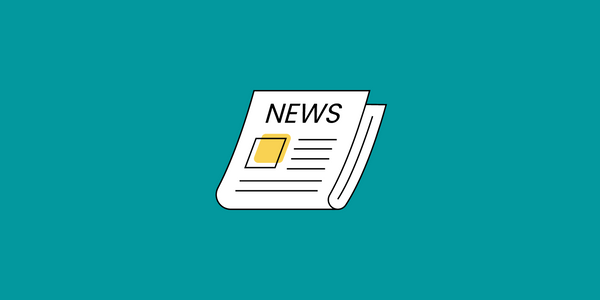 Analyzing publishers with hundreds of millions of clicks is a great way to learn SEO. Search Engine Optimisation for News is unique. Google News & Discover are enormous traffic magnets. So let's check what the most prominent publishers are doing to leverage these opportunities! 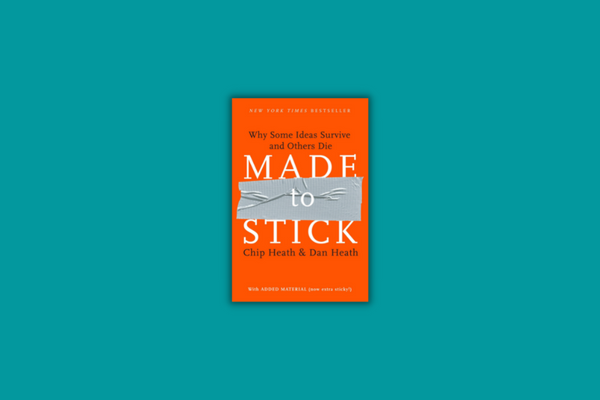 Made to Stick is a book about transforming ideas into simple stories that inspire people to act. The authors analyzed the most famous urban legends, the best advertisements, and a fair amount of research to come up with the SUCCES framework of good stories.